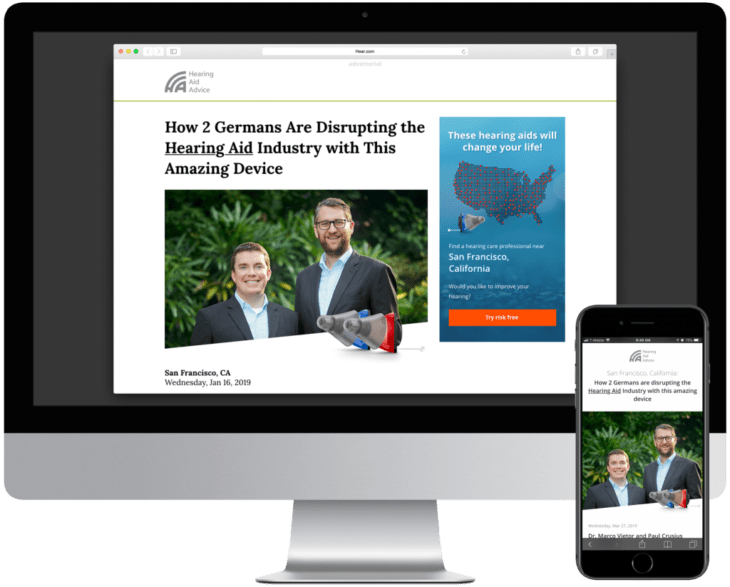 From the user test data and heat map, we found that viewers spent up to 2 minutes on mobile and desktop. Most of our customers are age 55 and above – a demographic that likes to read the content. The test showed that viewers wanted the landing page to convey information about the devices and about what Hear.com could offer.

With the existing LP, viewers spent 25 to 30 seconds without knowing what Hear.com is about. The new landing page brings in higher quality customers who would most likely finish the whole buying process. The result shows the new founder’s story campaign brings in 20% more appointments since it was launched few months ago. After running ad on both GDC and Facebook, the founder’s story ad is 20% more efficient in terms of CPA than the existing campaign. I conducted many user tests, during which most of the customers wondered what the hearing aid would look like in their ears. I developed the step-by-step ad to show people how small the device is in their ear. The step-by-step ad remains the most successful ad. When customers visit Audiology, they usually ask for the device that is on the landing page.

Because the new landing page design has been so successful, the same layout is used in many other campaigns, with the same success rate (Link 2). The clean, sleek, and simple design creates a sense of trust among people who will be investing $4K to $7K for these amazingly small devices.